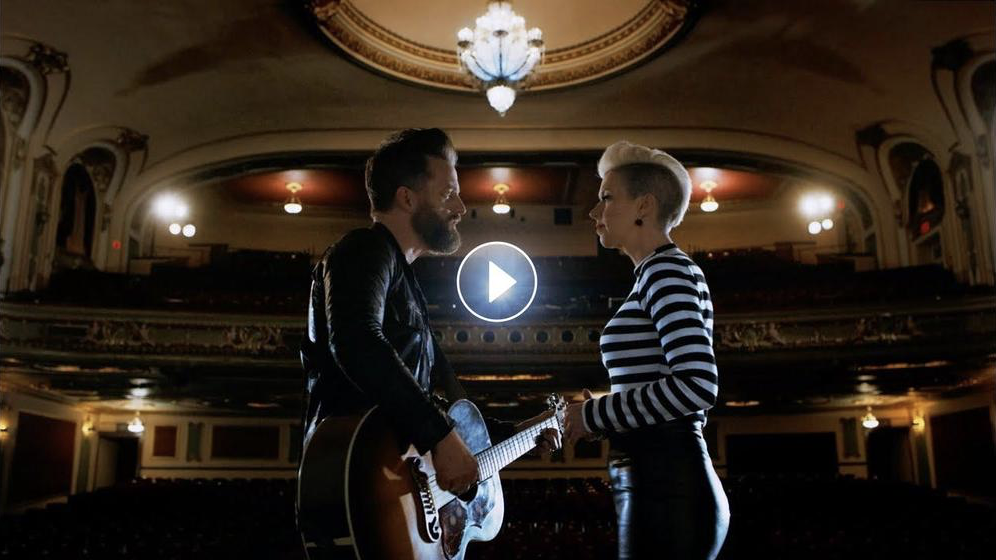 NASHVILLE, TENN. (March 6, 2019) — Taking “Masterpiece” to the next level, THOMPSON SQUARE has released the official music video for the title track of their third studio album on Taste of Country now. Hailed as “a work of art in itself,” (Sounds Like Nashville) with “all the musical elements of a Country classic” (Billboard), the video honors the Thompson’s family history.

Shot and produced by Evan Kaufmann and filmed at the Coleman Theatre in Keifer’s hometown of Miami, Oklahoma, the video captures the storyline of the Thompson family history, intertwined with an intimate live performance of the track. Starting with a home video of Shawna singing to their infant son, Cooper, the clip takes fans through their lives, incorporating footage from Keifer’s childhood in Oklahoma, to the duo’s wedding and the start of their musical journey, to welcoming Cooper into the world.

Get an exclusive look at the video on Taste of Country here.

The award-winning duo continues down the road in 2019 with select tour dates – catch them in Menifee, California (3/30), Grand Rapids, MI (4/5), and Kent, OH (4/6). Their first children’s book, TIME TO GET DRESSED is available now.